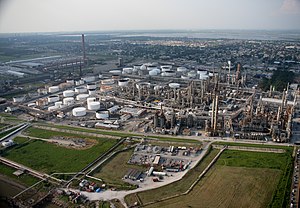 Recently we have heard a lot of news about the rare earth metals, and the supply issues these metals are having. There are a few highly critical rare industrial metals that are also having supply issues. China has a near monopoly with many of these metals. Currently China has up to a 95% monopoly on the mining and refining of many of the most important rare industrial metals also known as rare technical metals. The British Geological Survey has produced an interesting report called the Risk List 2011. Read over the list and see for yourself. The metals on this list and other lists like it are needed for over 80% of all worldwide industrial uses.

The rare industrial metal I would like to discuss today is tungsten. On the list it scored 8.5 out of 10. According to the USGS China mines 85% of all tungsten. Similar to rare earth elements China has decided to cut back on its exports of tungsten. The British Geological Survey ranks tungsten higher on its list, than it does rare earth metals. In 2010 recycled tungsten was a promising 37% of all metal used. When you have a tight supply chain and then the top producer cuts its exports, this causes huge ripples throughout the worldAÃ¯Â¿Â½s economy. China is the largest producer and the largest user of tungsten. In order to protect its own supplies of tungsten, China has begun to invest in mining projects outside of its borders.

The national defense industry has grown to depend more on tungsten due to its extraordinary properties. Tungsten has the highest melting point of all metals, the highest tensile strength of all metals, and it is highly resistant to corrosion. Tungsten is one of the refractory metals, which means it has high resistance to heat and water. The other refractory metals include molybdenum, tantalum, niobium and rhenium. Here I am going to list some of the military applications of tungsten.

According to the USGS the total tungsten mined in 2010 was approximately 61,000t. Total worldwide reserves are around 2,900,000t of which China has 2,000,000t. Canada, Kazakhstan, Russia and USA have significant tungsten resources. Many nations are attempting to invest in their mining industries. We have seen many news stories concerning countries like the USA, Canada, Japan, EU, Russia and Brazil investing large sums of money looking for new resources within their nations and abroad. There is much geo-political uncertainty throughout the world. Countries are seeing that they need to be independent or be at the mercy of other nations. This all means profits for rare industrial metal investors for the foreseeable future.