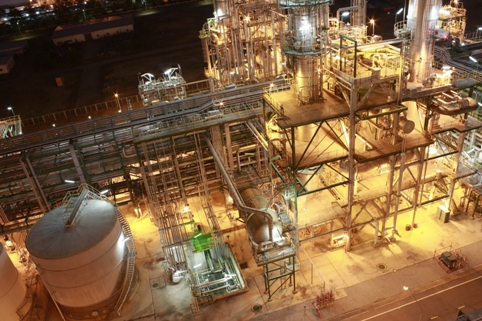 Although 5S is generally considered to be one of the fundamental building blocks in a lean process, it is also, in my experience, easily misinterpreted and poorly implemented. By exploring the problems with 5S, maybe we can address some of the underlying issues and produce better results in the future.

5S is a term used to describe workplace practices aimed at improving visual control in a factory and helping to reduce waste. The name 5S itself is based on the 5 Japanese words for the stages of the process which all start with the letter S. They are:

The five stages of 5S

The aim of this stage is to verify what is needed to complete the job based on the standard work. Anything that is not required should be red tagged and removed from the area. Material or tools that are used infrequently should also be removed and identified for local storage (ie not directly in the work area).

Not removing all unnecessary items (material, tools etc) from the work area.

Not designating a red tag area.

Not completing the red tags and/or documenting what was removed.

Not getting approval to remove red tagged items from all 3 shifts.

Not having an independent adjudicator to settle any disagreements.

Train all operators in 5S and its benefits.

Designate a safe area, large enough to store all of the anticipated red-tagged items.

Explain the importance of completing the tags for recording purposes.

Designate one team member to control the red tag area. They should not allow anything into the area unless it is tagged properly.

Give all operators across shifts a chance to review what has been tagged.

When a disagreement occurs, don’t compromise: if in doubt, move it out! That said, respect that this is somebody’s workplace and apply reasonable judgement when it comes to personal possessions. Better to allow them to feel like a part of the change than to disengage them completely.

During the set phase of a 5S implementation, the team find locations for all of the remaining items after the red tagging. Anything that is left has been deemed necessary to do the job and therefore needs a storage location.

Not adhering to ergonomic design principles.

Not locating each part in the optimal position.

Not making it easy to return parts to their location.

Locate parts based on frequency of use. The more frequently it is used, the closer at hand it should be.

Utilise spring balancers for tools, so the operator can just let go to return it to it’s location.

Use labelling, colour coding and shadow boards to help any operator identify where things go.

The third phase of 5S is shine. This is where the team clean the work area and all the equipment, not only for the sake of cleaning, but also to inspect the condition of equipment.

Cleaning may have been neglected for a long time, meaning that a day spent cleaning by the team is not sufficient.

People only clean what they can see.

Belief that this is just cleaning for the sake of it.

Belief that cleaning isn’t part of their job.

Belief that this is a one-time activity / something to do when the line is down.

Initially, it may be beneficial to get equipment deep cleaned by a specialist company.

Train operators to clean above, behind, below, inside and around.

Explain that the point of cleansing is to inspect equipment for any abnormal conditions, such as leaks. By doing this regularly, it is possible to reduce machine downtime and improve productivity.

Explain that it is everybody’s responsibility to maintain a clean and tidy work environment. Putting the responsibility onto the people who work in the area makes them more likely to keep it tidy and take pride in their workplace. This also applies to management and office areas.

Make 5S a regular part of everybody’s daily routine. Schedule 15 minute clean-up sessions at the end of every shift and include the maintenance team.

The fourth phase of the 5S process is to standardise. This means taking the three previous stages and making them consistent across all areas of the factory. The benefit of doing this is that as operators move around different work stations, they know what to expect when they get there, where to find tools and work instructions etc. This reduces the time they spend familiarising themselves with the new station, ultimately making them more productive.

Islands of excellence – some areas deploy 5S better than others.

Kaizen events only focus on one station which results in the rest of the assembly line not adhering to the standards.

Operators not involved in the initial 5S rollout Industrial Engineering Jobs don’t adhere to or understand the standards.

Use job rotation to get operators who are well versed in 5S to support areas that are struggling.

Create a kaizen event schedule. Aim to get around all the stations as quickly as possible without sacrificing the quality of the results.

See also  The Workings of an Industrial Dehumidifier

Make 5S part of the new starter induction training. Explain that 5S is the way we work around here.

Use consistent visual controls in the Set stage. Keep the colour coding consistent across the facility to avoid confusion.

The fifth and final phase is sustain. This is the most difficult part and the one where most problems occur. Ideally, once the first four phases are complete, the team should operate in the environment and stop to fix any abnormal conditions that arise. These will be easily evident because of the standards established earlier on.

Losing focus on 5S after the team adjourns when the kaizen event finishes.

Management get distracted by firefighting and neglect to enforce 5S discipline.

Standards do not get updated as improvements are made, making them less relevant until they become ignored.

Conduct root cause analysis to determine why the abnormal condition occurred.

Implement a countermeasure to prevent the root cause from occurring again.

Recognise the good behaviours that you wish to promote. Where necessary, use Compare Various Manufacturing System disciplinary procedure to enforce how important 5S is to the business.

Involve everybody in 5S – make it part of the culture.